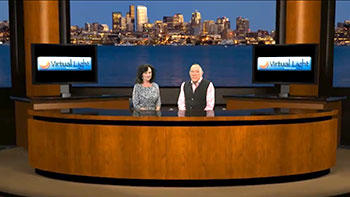 The VirtualLight Broadcast Live three hour monthly internet broadcast.
The broadcast is in five segments and one bonus, hosted by Steve and Barbara Rother ofwww.espavo.org and includes the interviews from Sandra Sedgbeer with the top people in the spiritual arena.

Steve & Barbara discuss the some of the new aspects of the current event Walking to the Timeline and how the timeline intersections can be such an exciting time for us all.
And the upcoming event Lightbody Activations the Next Biology and how we are beginning to work with experiments and activations and to start using some of the attributes that we lost when we gained density.  For the first time we are takings some of our work from the LightMaster course and start doing some work available to the general public.

Betsy Chasse is an internationally known author, filmmaker and speaker. She is the Co-Creator (Writer, Director, Producer) of the film “What The Bleep Do We Know?!” and the author of 3 books including Tipping Sacred Cows, Metanoia – A Transformative Change of Heart and the companion book to BLEEP, Discovering The endless Possibilities for Altering Your Everyday Reality. She also enjoys blogging for Huff Post, Intent.com, Modern Mom and other sites.

In 2014 she was honored to be a producer on the film Song of The New Earth, a beautiful and fun film about the power of sound featuring Tom Kenyon.  She  also produced a very powerful documentary, Pregnant In America, which examines the bleak state of natural childbirth in the U.S.

She continues to make provocative films, with the recently completed documentary CREATIVITY and two currently in production– The follow up film to “BLEEP” and Zentropy a narrative comedy about what happens when the least spiritual person on the planet gets hired to make a movie about spirituality.

Kimberly Smythe was born in Madrid, Spain. As a child, she moved home six times in eleven years. After living the nomadic life of an Air Force brat, she spent twenty-six years in Hawaii, which still holds a special place in her heart. She has four grown children, three of whom call her mom.

She is the author of the book, Letting Go Again, a courageous and compassionate account of giving up her baby daughter for adoption, and their troubled relationships once they are reunited almost two decades later.  Kimberly wrote the book  so that others might understand what many women endure when circumstances force them to give up their child. Writing about being a birth mother, or as she prefers to call it, a natural mother, helped her in her quest for understanding. She hopes it will also help others understand what it is like to let go of a child, and then be reunited, only to have to let go again.

Meg Adamson presents a continuation from here previous months segment She wanted to remind you all that you have a choice. A choice for each encounter you make every day or each time you are speaking with someone or dealing with someone. You can choose to focus on the light within another person or the positive aspects of another person, like what you like about them. Or you can focus on the other thing which is the dark side of things.

When you focus on the positive side of things you intern make the light within yourself.

Judith Bogner talks about how powerful the month of March has been, especially so on March 20, 2015. The magnetic field was intense with the Spring Equinox and the new moon with the solar eclipse. We all watched the magic flow to earth as the moon flowed in front of the sun.

Judith goes on to tell people what exactly is going on during a time like what we just experienced.

Alison Chester-Lambert joins us to share what’s in the sky for April, the eclipse season. The Solar eclipse and the Lunar eclipse. Alison goes on the explain how history has perceived these eclipse and what it means to us today.

Barbara Rother leads us through a time together with a deep breath and letting go of all unneeded lingering thoughts. She reminds us to open your eyes and look forward to the time ahead of you.

Steve Rother presents live channeled information about the Now Moment in all dimensions and what it means for you to understand your own reality and use it positively to create anything you would like to create.