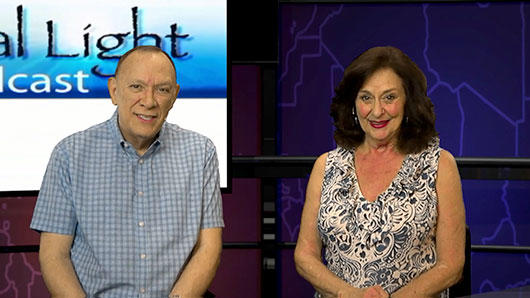 The VirtualLight Broadcast Live three hour monthly internet broadcast on Lightworker TV. The broadcast is in six segments, hosted by Steve and Barbara Rother of  www.espavo.org and includes the interviews from Sandra Sedgbeer with the top people in the spiritual arena.

Arjuna Ardagh is a member of the transformational leadership council, and keynote speaker at international conferences such as the Omega Institute, Google and the United Nations. A writer, speaker and founder of Awakening Coaching, Arjuna is the author of eight books including the bestselling The Translucent Revolution, which was featured in “O” magazine, and Better Than Sex: The Ecstatic Art of Awakening Coaching.

Arjuna has trained hundreds of people to become facilitators of awakening, and teaches singles and couples how to integrate awakening consciousness into intimate relationship.

Dee Wallace has worked as an author, teacher, dancer and actress in film, television and the stage for over 30 years. Her many feature film credits include such classics as The Hills Have Eyes, The Howling, Cujo, Secret Admirer, 10, and most notably her starring role in one of America’s most celebrated films, E.T. The Extra-Terrestrial, directed by Academy Award winning director and film icon Steven Spielberg.
The author of 3 books, The Big E: Everything is Energy, Conscious Creation, and Bright Light: Spiritual Lessons from a Life in Acting, Dee uses the experiences of her own life and work, as well as her intuitive insights to help people discover and utilize their own gifts and roles as creators to heal and reframe their pasts and create the life of their

Dee is also the creator of BuppaLaPaloo, a cuddly teddy bear that teaches children to really express their worth and love.

Roger Hanson is an unconventional, self-taught visionary artist, channeller & teacher who not only connects with energy through the process of art but also teaches others how to use the creative process of art to let go of fear, open their intuitive senses, increase their multidimensional awareness and vision, and connect with other levels of consciousness.
Roger considers what he does to be multidimensional in nature – meaning that through his artistic process he connects to other levels of consciousness during which he maintains a free flowing, two-way communication to include visuals, words and entire messages. In essence, other expressions of consciousnesses project their energy in the form of an image and then share their voice. Roger is a facilitator for this process through his art.

Roger is passionate about teaching others what he has learned through his explorations of the creative mind. It is in the creative mind that Roger believes the limitations of time and space can be freed, and anyone can experience their unity with all things.

Much of Roger’s work is done in co-creation with his husband and fellow channeller Story Waters. Together, under the umbrella of their company LIMITLESSNESS, they produce a variety of experiences and materials that are designed to point people towards an experience of the light within their own being. “The light to follow is the light within yourself.”

Joins us for her monthly message on how to really feel the intensity of living life. Each one of us is unique with our own distinctive energy signature.

Visits Easter Island to find out about the god and planet Makemake. She talks us through the mysteries of the Moai statues and why the Polynesian pioneering spirit will be needed by humanity again. The report includes fabulous photographs of the Island and its treasures.

Barbara takes a moment to just be and lightly prepares us for Steve’s live channel with the group.
She shares how when in the right mind set the people you can meet can bring you into your reality of what this world is really about.

Steve channels The Keeper of Time. To tell you where you are, where you are going and the beauty we see from this side of the veil.