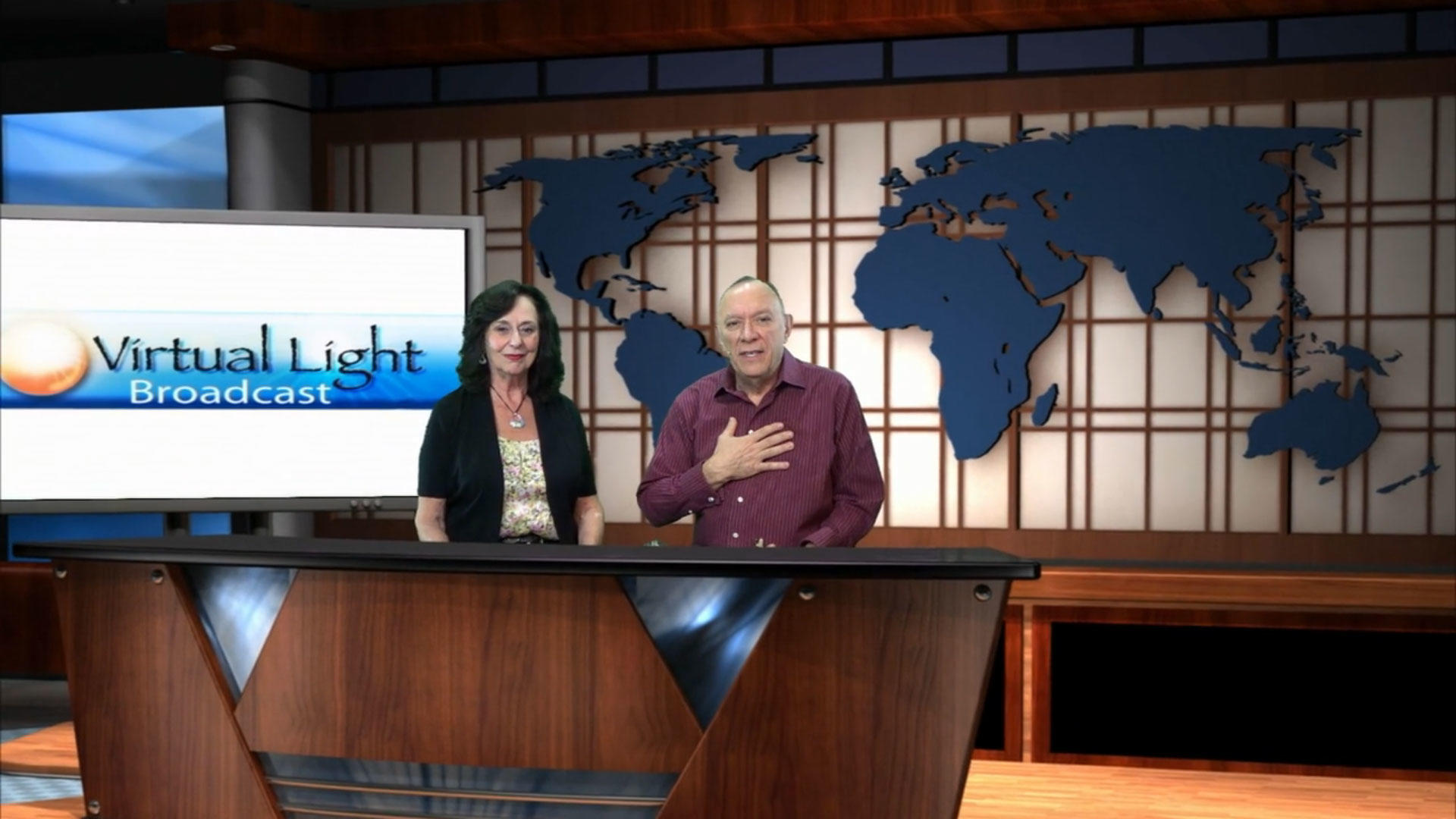 Steve and Barbara Rother welcome you to the monthly VirtualLight Broadcast.

Steve starts off by identifying the feeling that so many are feeling right now with the pull of energy from Paris.   Barbara shares how people pull together when tragedy happens and that is the beautiful part of humanity.  The effects that are felt in an event such as this, ripples across the world for everyone to feel it.

In this segment Meg Adamson discusses world events, personal responsibility, what power means in respect to consciousness and frequency and how we can each be powerful, peaceful and connected to the Unified Field effecting expedited world change. Serve yourself first, then serve the world.

Barry Eaton has wide international experience in all areas of the media & entertainment industries having spent many years with the Australian Broadcasting Corporation & various radio & TV stations & lectured in radio journalism and production. He produces and hosts the Internet radio program www.radiooutthere.com now in its 11th year enjoying a worldwide audience.

A qualified astrologer, psychic and medium, Barry was given the 2012 hall of fame award by the Australian Psychics Association.

Following the international success of his first book, Afterlife – Uncovering the Secrets of Life After Death, Barry has just released No Goodbyes: Life Changing Insights from the Other Side.

Duane Elgin is an internationally recognized speaker and author regarding our time of planetary transition to a promising future. His books include: The Living Universe, Voluntary Simplicity, Promise Ahead, and Awakening Earth. With Joseph Campbell and other scholars, he co-authored Changing Images of Man.

He has contributed to numerous studies of the long-range future since the early 1970s—first while working as a senior social scientist in Washington, D.C. on a Presidential Commission on the American Future, and then with the futures group in the think-tank, SRI International.

In 2006, Duane received the Peace Prize of Japan, the Goi Award in in recognition of his contribution to a global “vision, consciousness, and lifestyle” that fosters a “more sustainable and spiritual culture.”

He is the Executive Director of a project bringing together more than a dozen “Great Transition Stories” that offer new ways of understanding our time of profound global change:

Glenn Harrold is an author, musician and experienced clinical hypnotherapist who has helped thousands of clients over a wide range of stress related problems. He has combined his hypnotherapy skills with an extensive recording knowledge to produce a uniquely effective series of high quality hypnosis recordings that have sold over 6 million copies and are well established as the UK’s best selling self-help audio titles of all time.

Glenn also writes self-help books for Orion in the UK and McGraw Hill in the USA and produces hypnotherapy CDs for BBC audiobooks and his own company Diviniti Publishing Ltd. Glenn’s best selling hypnosis CD, Complete Relaxation, has been at Number 1 in the self-help audio chart every year for the last 7 years, and in 2006 was awarded a gold disc for sales of over £250,000.

Glenn has 20 years experience as a clinical hypnotherapist in one to one therapy sessions, and in recent years he has worked with many high profile and celebrity clients. In May 2011 he was made a fellow of the British School of Clinical Hypnosis for his achievements in the world of hypnotherapy.

Glenn writes self-help books for Orion in the UK and McGraw Hill in the USA, and produces hypnotherapy CDs for BBC Audiobooks and Diviniti Publishing. His seventh book, The Answer, was released worldwide by Orion in Jan 2012 (Hardback) and Sep 2013 (Paperback).

Glenn’s Relax & Sleep Well App has become the world’s biggest grossing self-help App and has been downloaded over 1 million times. It has been number one in the lifestyle chart in over 30 countries and reached number 5 in the USA. Most of Glenn’s catalogue of hypnosis and meditation titles are now available on the Apple and Android App Stores.

Steve starts off with a live channel with Elrah of Rhythmic Serves.
Elrah shares how we are making some of the more beautiful decisions in life now and how is is becoming easier for people to create their own reality.