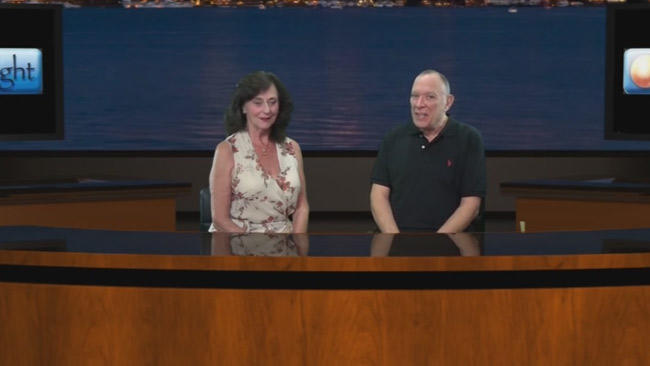 Steve & Barbara Rother welcome you to the VirtualLight Broadcast.

Steve and Barbara open up the segment with the hot topic, “What is the LightMaster 2016 course going to offer.” They dig a little deeper into the upcoming events at Paths 2 Empowerment and share what a success the event, “Economic Reset” has been and how these predictions are being backed up by the professionals of economics.

They share their insights about the upcoming event, “Predictions 2016” and what we can all start to expect from our next year together.

The LightMaster Year Long, Online, Intensive Growth Series begins September 3, 2015.
All events come with a replay to view your events in your own time.

Shasta Townsend loves to see women of all ages recognize, access, and utilize the greatness within them.  A feisty champion of creating an unlimited life where ease, joy and freedom reign, regardless of the circumstances, Shasta teaches intimacy and sexuality retreats and workshops around the world, and shares her passion for living well as a featured columnist at Elephant Journal, The Good Men Project, Rebelle Society, and on her blog at Vivid Life. Her debut book Happy, Sexy, Shameless—What Our Mothers Didn’t Know About the Birds and the Bees is an international Amazon bestseller.

Nick Seneca Jankel is a psychological coach, social entrepreneur, a sought after international speaker & author of the book switch on: Unleash Your Creativity & Thrive With the New Science & Spirit of Breakthrough. A 21st century shaman and wisdom teacher with a triple first class degree from Cambridge University in Medicine and Philosophy, Nick is a world renowned innovation and leadership expert who has not only worked with governments & companies such as Disney, Nike and Microsoft, but also hosted a BBC TV series as a breakthrough coach.

Alison Chester-Lambert describes how the standstill of the planet Saturn in the sky is symbolizing the heavy undercurrent in the Collective Unconscious for the last couple of weeks. The turmoil on the money markets is then discussed, with an explanation of the contribution that Pluto and Jupiter in the Earth Signs are making. Material things such as money and accrued assets are being subject to `movement`. These planets are in a special relationship until October. Hear more about these things in this segment on the astrology for September 2015.

Steve Rother comments on Alison’s work along with describing the many cycles in life.

Guided channel from Steve Rother and the group.
The groups shares the view and beauty from their perspective

Barbara Rother speaks about the change that begins to be in our focus.