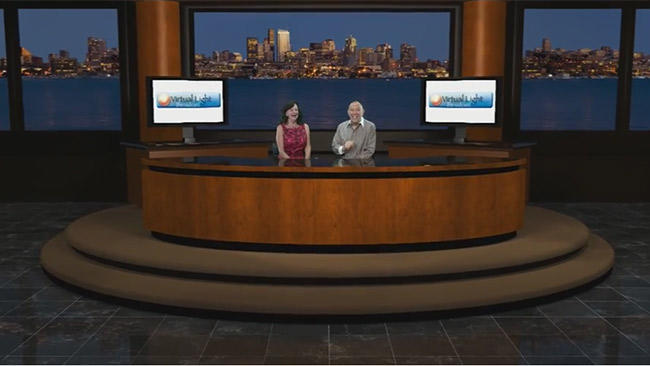 Steve and Barbara welcome you to the monthly VirtualLight Broadcast.  Steve leads off by sharing his excitement for the upcoming events we have been having at www.Paths2Empowerment.com.

Predictions 2016 has been an interesting class about “Here’s where you have been heading and these are the possibilities you can change if you know about things.”

In just few days we will be having our LightMaster InLight Conference Live in Las Vegas. With the LightMaster material where we go deeper into the work

Sandie Sedgbeer interviews Shavasti
Australian Healer and Spiritual Teacher Shavasti takes us on a journey of such a pivotal moment in his life and how shares his experiences that lead him to create his latest book, “Embracing the Power of Truth. Tools for liberating your heart”

Terry Thoren is CEO of Wonder Media, LLC., a mission-driven company that produces instructional animations and printable extension lessons for any child at risk of falling behind before 3rd grade.

Terry Throen was previously the co-founder and CEO of TeachTown, Inc., which provides education software and other solutions for children with special needs and autism, by addressing language learning, social skills, communications skills and emotional development. He was also the former CEO of Big Bad Tomato, an interactive studio specializing in kid and family-based experiences for web, mobile, and social media applications. It won an Emmy Award in 2012 and was nominated again in 2013 for its transmedia success, producing SciGirls for PBS.

For 12 years, Terry was the CEO of Klasky Csupo, Inc. where he oversaw the production of $700 million of family values animation for Viacom, Paramount and Nickelodeon, including the multiple Emmy Award winning hit “The Rugrats,” the multiple Emmy Award nominated series “As Told By Ginger,” “The Wild Thornberrys,” “Rocket Power,” “Aaahh!!! Real Monsters,” and two Rugrats spinoffs. Klasky Csupo produced the first 65 episodes of the Simpsons.  Terry was also the creator of Animation Magazine, now in its 29th year of publication.

Michael Tamura is a spiritual teacher, clairvoyant visionary and author who lives the miracle: Spiritually aware from childhood, he sees everyone the way they are – as immortal souls. To guide thousands to their healing, awakening, and true life purpose, he draws from years of intensive training, profound past-life recall, nightly out-of-body sojourns, over four decades of teaching and giving clairvoyant counseling, and a lifetime of extraordinary experiences, including returning from five near-death experiences.
Born and raised in Japan, yet educated in American schools, Michael has spent a lifetime bridging gaps: Not only between East and West, young and old, men and women, but, above all, between humanity and Divinity. Beloved around the world as a spiritual teacher, visionary clairvoyant, and pioneer of healing and psychic development, he has been featured on NBC’s The Leeza Show, The New Ricki Lake Show, CNN, Bridging Heaven & Earth, Gaiam TV, Virtual Light Broadcast, The Aware Show, Hay House Radio, and many other media programs. He was also included in ABCNews’ The Century: America’s Time with Peter Jennings.

He is author of the -winning book YOU ARE THE ANSWER, and is currently is working on a new title called Five Deaths and No Funeral: Lessons Along the Way to the Heart of Wisdom.

Raphaelle Tamura
Raphaelle Tamura is a renowned clairvoyant, spiritual healer and teacher. For 30 years she has been helping and teaching clients throughout the world through her private practice as well as teaching spiritually and metaphysically-oriented TeleSeminars.

Raphaelle is co-founder and COO of Seraphim at Mt. Shasta.Seraphim is the main corporate entity through which all of the Tamuras’ spiritual teaching, healing and media business flows. She also is President, Editor-in-Chief and “backbone” of its successful publishing arm, Star of Peace Publishing, and founder of Seraphim at Mt. Shasta Online & Traveling Store.
In addition to her on-going businesses and spiritual work, Raphaelle discovered she has the ability to communicate with animals, both domestic and wild. Her love and deeper understanding of the spiritual life of animals has inspired her to write a book about her own beloved dog who has returned to be her faithful companion for the third time over the course of her present lifetime.

In this segment Meg Adamson discusses the words Consciousness and Awareness, what they mean, how they work, how to access them and how you can change your experience of life when you bring them into your daily practice.

Sandie shares her experties and passion about children.  Steve demonstrates how her perspective, along with so many other parents out there, are about to change.  Parenting is changing and drastically.

Sandie announces the beginning of the magizine that she has been working on for a very long time.  Its called “Inspired Parenting” about how to parent in an empowering way.

Steve leads us into a guided meditation with an introduction to life from Barbara Rother.
With a special thank you to all of our guests and staff that make these messages go around the world Steve & Barbara Rother