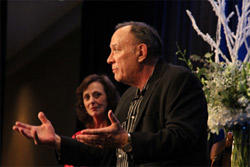 The Morning After From Steve:

The morning after the broadcast, I am feeling much better but wanted to put down my version of what happened in this channel.  After being impressed at the depth of information coming through the Keeper of Time in his last channel, Beacons of Light Nov 2012, I had prepared for a difficult second part of his base teachings by staying in my own little corner of the room. I also didn’t want to infect everyone with my new cold. The Time Keeper told me that when humans reach new levels the first vision is the most difficult. He was aware of that, not sure if this message could yet be fully understood.  Since I was feeling a bit guilt about having a bad cold and not being the best translator for such an important message, I was very somber when I entered the channel. The next thing I know, Elrah is in and talking away and making everyone laugh when he notifies me that we are going to stand up. I said no! We are not set up for that and I’m dizzy. He looked around the room and said “watch me and I got ya.” And in the next moment the cameras all re-positioned to get what they could as I had stepped off the stage and out of the lighting.

That, it turns out, was for me personally.  Elrah is the closest to me and before the Keeper of Time could come in he had to come in and rejuvenate me a bit. He told me he was just filling me with light.  I was in jet lag and at the beginning of a bad cold   Elrah doesn’t get to interact with a live audience that much and he is loving pretending to be the human. He is really looking forward to letting his hair down at the 12-12-12 and the information he is bringing in on the Direct Light Series is awesome.

I will say that the agreement we have between us also has it’s challenges.  He wants to come through me when I am not in channel. The other day in a hotel in Amsterdam he answered the person who brought room service. It would not have been so bad but that young woman already knew me for many years.  I always feel him and all of the group on my shoulder all the time but they have kept what I call a confortable distance.  Elrah could care less about a comfortable distance and he is close enough to me that he knows I trust him implicitly.  Now you see my conflict, am I to stay with my BS (Belief Systems) or let him express.  Let’s just say that so far my wife is smiling and we are already talking about rearranging the stage to make room for Elrah to stand.

A Second Lesson in Time

The Beacons of Light – Re-minders from Home December 2012