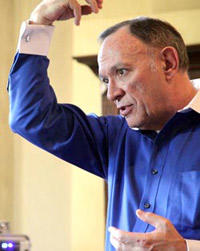 Steve and Barbara with CJ and Charmaine Lee ~ Feb 2012

CJ Carl: We are used to using 3rd dimensional tools, but they need to be released to move into functioning in the new energy. We need to release our logic because it limits our understanding.

Charmaine: Life is like a GPS. We go for a while and then have to re-calibrate. We think we know what we want and where we are going, but we can become emotionally disconnected.  Life happens.  We may focus on what is not; this is time to look beyond this and go after the bigger picture.  Where is the passion? We need to connect to who we really are and then re-calibrate.

Questions and Answers with Steve and Barbara:

How can I rebuild my marriage after my wife has cheated on me? Find a level of harmony. Trust is the level that has the problem here. Question is: can you rebuild and go on from there?  Find the gaps in the relationship and fix those. It has nothing to do with cheating or not.  Communication is key!

The first topic of this message is about the solar flares that are now beginning.  The day prior to this channel we experienced an X class solar flare.   Even though it was only an X2 it was pointed at Earth.  As a result it created the largest magnetic wave in recorded history ever to hit Earth.  In previous channels the group has talked about these magnetic waves of energy and how they are reprogramming not only the Earth but our physical bodies as well.  Since these waves are magnetic in nature they affect us in the emotional body first and they have even said that the height of these waves is 36 hours after the event.
In this message the group talks about the emotional effect this wave can have on all of us.  They told a story about a rope I use often and how all of us can find ourselves at the end of the rope.
Have a great month

The Becons of Light – Re-minders from Home February 2012